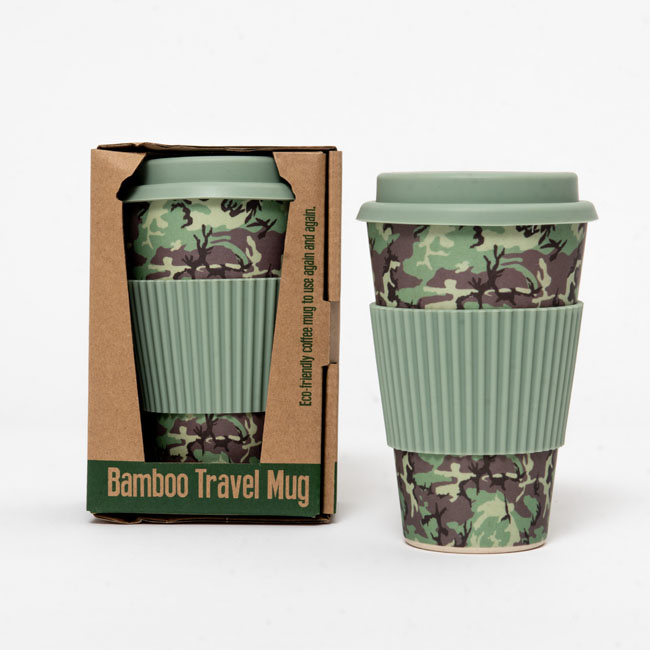 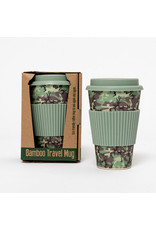 Complete with a camouflage print, this fantastic travel mug is made of bamboo and  completed with a lid and sleeve, both made in silicone.

Military camouflage has been used in the British Army uniform since the Second World War, known as Disruptive Pattern Material uniform and then later replaced Multi-Terrain Pattern uniform.  Camo pattern remains an important part of the British Army, making this mug perfect for military and coffee fans alike.

The mug has a capacity of 400ml and is dishwasher