From Boer War to World War: The Tactical Reform of the British Army Author Spencer Jones 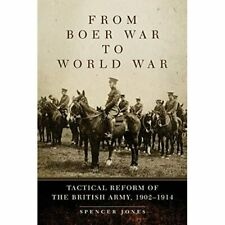 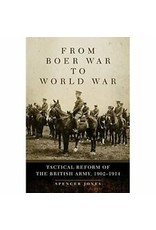 The Boer War brought the British face to face with what would become modern warfare.  The close order formations, open terrain and smokeless powder were no match for the well-armed and entrenched Boers. The British Army eventually overcame the Boers in 1902 by adapting its strategy but the duration and the cost of the war led to public outcry.

Exploring both the Boer War and the First World War Jones looks at the continuity between them. Looking at the key tactical lessons derived from the Boer war, such as maximising fire power and using natural cover he writes about how these ideas were incorporated into training and to overhaul the British Army.

Every sales helps support the work of the National Army Museum