The Skull of Alum Bheg: The Life and Death of a Rebel of 1857 Author Kim A. Wagner

Home / The Skull of Alum Bheg: The Life and Death of a Rebel of 1857 Author Kim A. Wagner 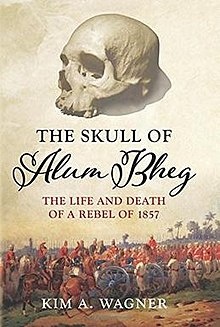 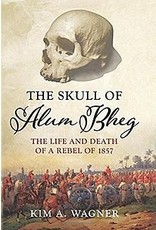 The skull of Alum Bheg, an Indian soldier in British Service, was found inside a pub in South East England in 1963.  He had been blown from a canon for his role in the 1857 uprising and his head was brought back as a grisly war trophy, by an Irish officer present at his execution.

The skull represents a troublesome relic of both anti-colonial violence and the brutality and spectacle of British retribution.