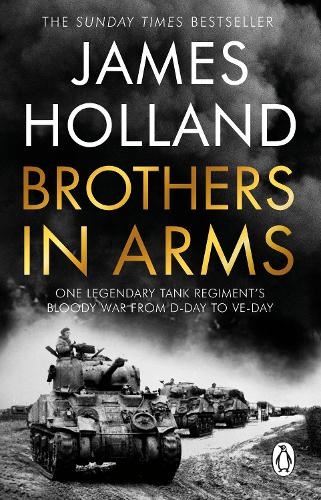 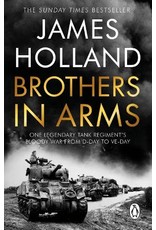 The Sherwood Rangers were one of the great tank regiments.  They had learned their trade the hard way, under the burning sun of North Africa, on the battlefields of El Alamein and Alam el Halfa.  By the time they landed on Gold Beach on D-Day, they were toughened by experience and ready for combat.

From that moment on, the Sherwood Rangers were in the thick of the action till the war's end.  They and their Sherman tanks covered thousands of miles and endured some of the fiercest fighting in Western Europe.

Through compelling eye-witness testimony and James Holland's expert analysis of the war in the west, Brothers in Arms brings to vivid life the final bloody scramble across Europe and gives the most powerful account to date of what it was really like to fight in the dying days of World War Two.