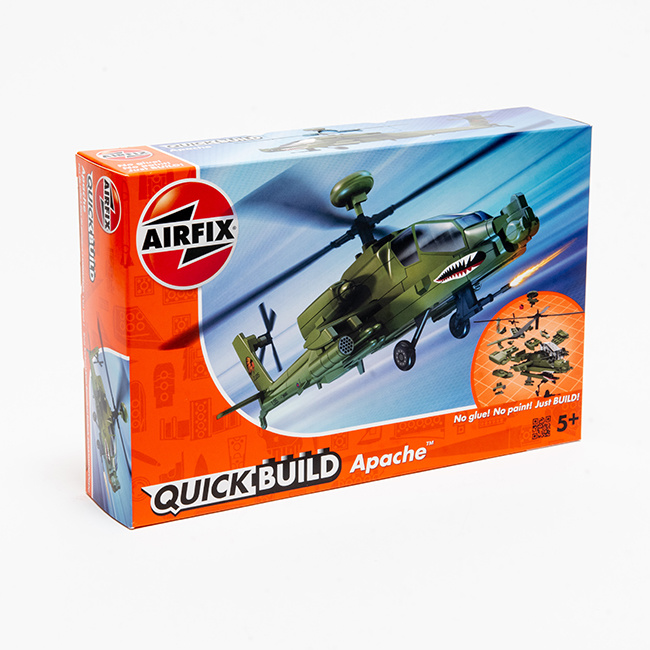 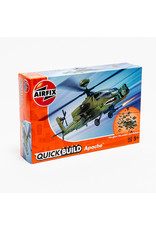 Approximately 40 pre-coloured pieces form this quick-to-build model that does not need glue or paints, easy to build for young Apache and model fans, complete with a stand to display your work after completion.

Developed by the United States Army, the Apache is built under license by the UK as the Augusta Westland Apache and it has been used by the British Forces in Afghanistan and Libya.

The Apache is so popular that the list of nations that use it as the primary attack helicopter includes countries like Greece, Japan, Israel, the Netherlands, Singapore, and the United Arab Emirates.