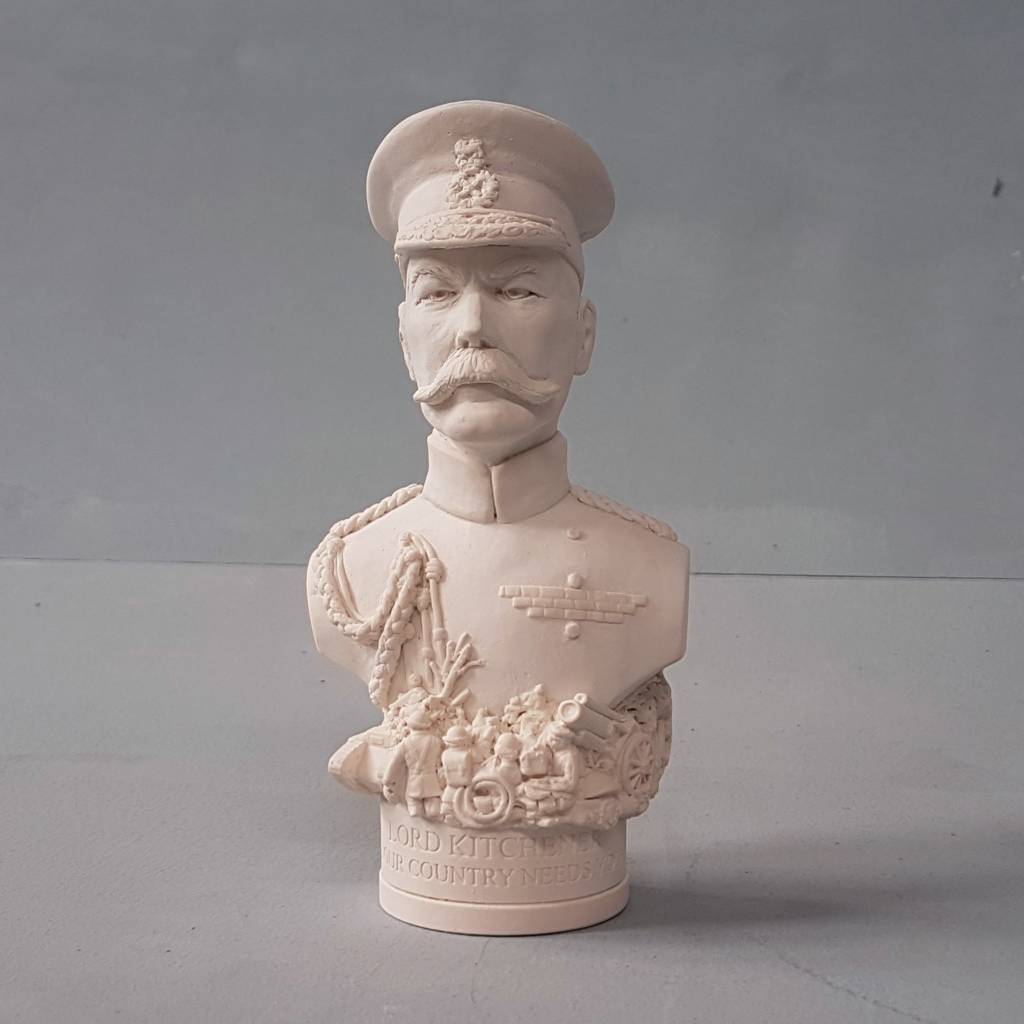 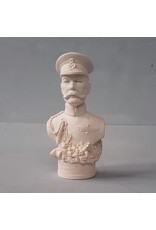 Kitchener Bust hand made in Bath by the Modern Souvenir Company

Sculpted at the Modern Souvenir Company's workshop in Bath, inspiration was drawn from the famous 'Your Country Needs You' poster.
The objects featured around the base include a WWI tank, gas mask, shells, spade, helmets, a Howitzer and British Tommies going 'over the top'. The etch around the base, taken from the famous poster, reads - "YOUR COUNTRY NEEDS YOU".