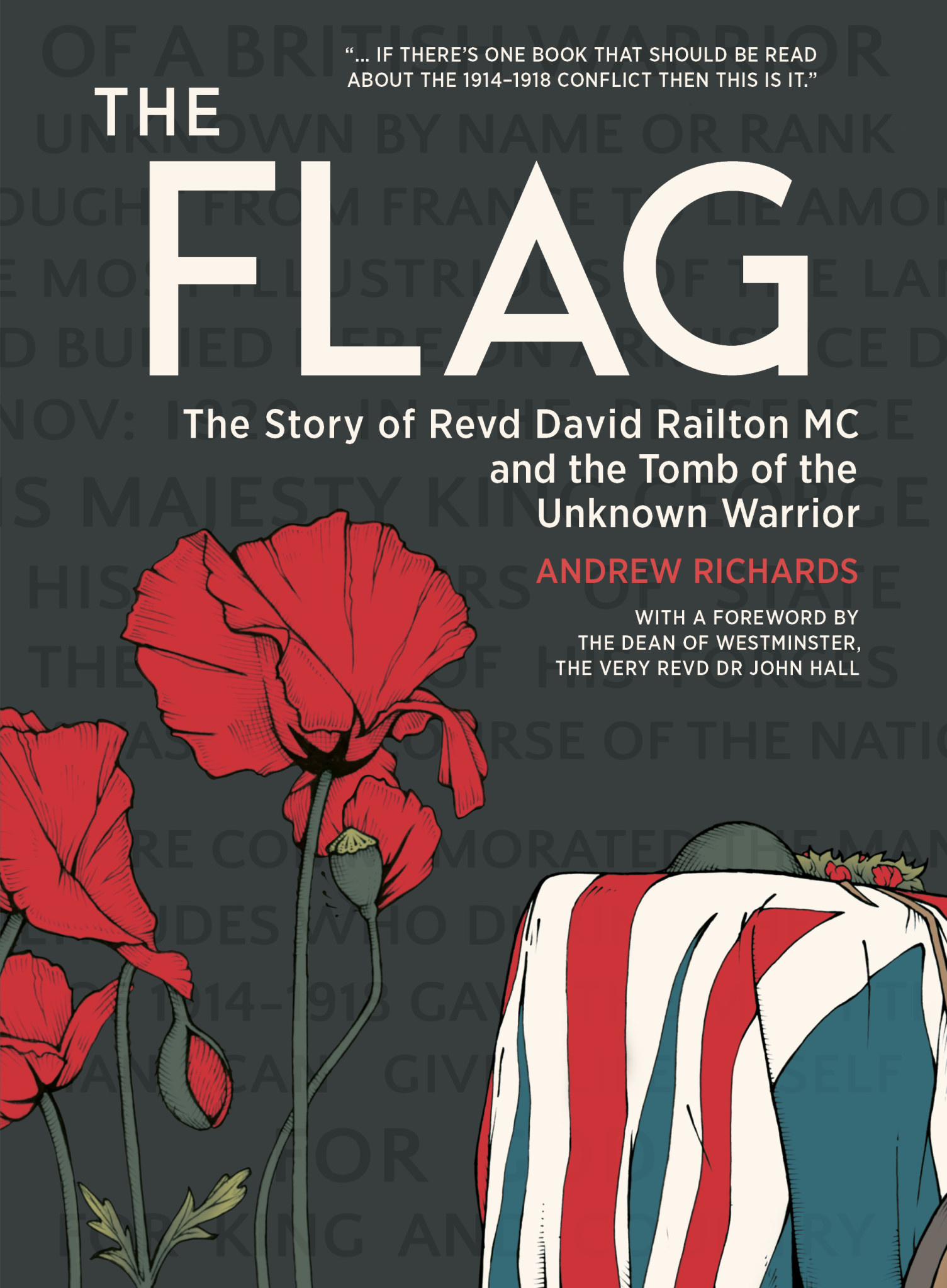 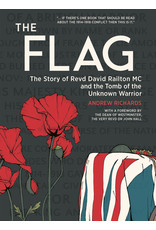 Tending to the wounded and dying on the treacherous muddy battlefields of WW1, Revd David Railton would use a simple flag to act as an alter cloth and shroud.  “The Padre’s Flag” was to be consecrated a year after the burial of the unknown soldier where it now resides in Westminster Abbey.

Andrew Richards has gleaned the remarkable story of this war time Chaplain from hundreds of original writings and letters by the man himself.  A true tour de force to exemplify how a simple Chaplain managed to bring the body of an unidentified soldier back to England to become a true symbol of the fallen of the Great War.  Richards further unfolds the story to highlight the tireless compassion of Revd Railton post war.  Although suffering from the effects of ‘shell shock’ himself, Revd Railton went on to support ex-servicemen and to help them through the debilitating effects of unemployment that was so prevalent at that time.